For further information, please read, 'The Role of the Airship in the New Low-Carbon Era' by Dr. Barry Prentice.

The transportation sector is responsible for approximately 25 percent of all Greenhouse Gas (GHG) emissions. Although strenuous efforts have been to reduce fuel consumption and GHG emission, other sectors of the economy find it easier than transport to reduce the use of carbon fuels, for example by increasing building insulation. Transportation in general has a problem because vehicles are limited in size by engineering and infrastructure. The larger the fuel tank, the less space remains to carry cargo or passengers. The only economic fuel alternatives are portable high energy density energy sources, like kerosene and gasoline. With economic growth, the share of GHG emissions created by transportation is likely to rise. 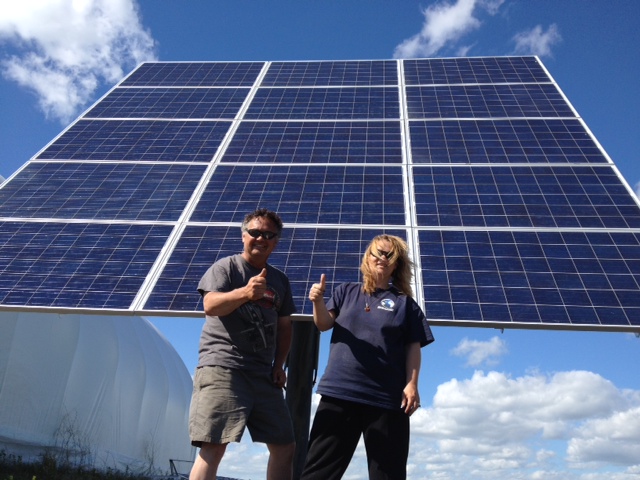 The solar array at the BASI Hangar

As the world economy expands, the absolute growth of transportation-related GHG emissions can be expected to increase, even with technological advance. The current consumption of fuel by the global airlines is about 5 million barrels per day. In a recent article, Grote, Williams and Preston reach a gloomy conclusion about the future of aviation’s contribution to climate change. “If all mitigation-measures [for air travel] are successfully implemented, it is still likely that traffic growth-rates will continue to out-pace emissions reduction-rates.” Only a dramatic change in technology, like the use of airships can reduce the carbon emissions of air traffic.

Airships have yet to be embraced as a solution to increasing air transport pollution, but the argument is easily made technically. First, airships consume less fuel because of their inherent buoyancy. Second, they have the capacity to utilize alternative fuels, in particular hydrogen, which other modes cannot economically store. Eventually, they may even feature lightweight solar collectors. The potential for a zero-GHG emissions airship is an attractive option that deserves support as means of demonstrating their sustainability while helping to mitigate climate change.

Efforts to change current air travel behaviour are unlikely to be effective without very significant ticket price increases. Time is money, and business travelers are willing to pay for the benefits of jet travel. Whether leisure travel can be attracted to airships remains to be seen, but air cargo is clearly a contestable market. Few products need to travel at 500 miles per hour, notwithstanding a liver transplant or other emergency. Replacing cargo jets with a less polluting means of airship transport could go a long way towards reducing the GHG burden imposed on the world’s environment.

Many airship designs are proposed, but it seems inevitable that airships will be powered by hydrogen gas. They are large enough to accommodate large fuel tanks and the spent fuel provides an automatic source of ballast – water. A 75-year old ban remains on the use of hydrogen as a lifting gas, but it is only a matter of time before a safe system for the containment of hydrogen can be proven. Technology has advanced incredibly since this regulation was last reviewed. 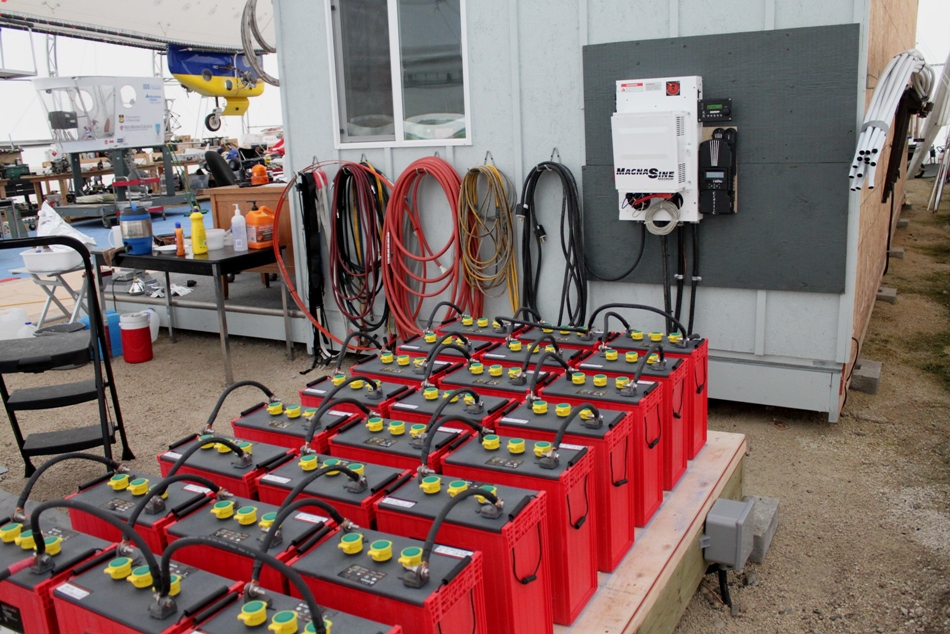 Buoyant Aircraft Systems International (BASI) is committed to sustainable technology. It is our goal to work with hydrogen as a fuel and as a lifting gas. As part of this effort, we have installed a solar panel array at our airdock. We believe that we are very first hangar located at an airport in North America that is operating completely off the electrical grid.

The use of solar power in the northern latitudes is more difficult than farther south because during the winter months, the strength of the sun and the length of days greatly reduce the ability to use much power between December and February. In the summertime, however, the production of solar power in the North is much in excess of our needs. BASI is examining the potential to store excess summer power as hydrogen for winter use – much like farmers “make hay in the summertime” to get them through the winter. We are searching for an appropriate hydrolyser to make hydrogen on site and a storage/fuel cell system.

If a solar-hydrogen system can work at Winnipeg, it should also be effective farther north where communities are dependent on diesel generators. Canada has 129 remote communities that use diesel to produce electricity. If they could replace diesel fuel with solar power, they could also produce and store hydrogen as fuel and for future use. A current solar research project at Fort Simpson, North West Territories provides data on solar production throughout the year. The long days of summer provide significant excess electricity that could stored as hydrogen for later use, or as fuel to operate equipment and vehicles.

The production of hydrogen by solar panels for mobile fuel use could be very desirable in the North. Fuel is scarce and expensive in the remote areas. Most airplanes that serve the North have to carry enough fuel for the round trip. This so-called “tankering of fuel”, reduces aircraft range because they must complete their roundtrip on a single tank of fuel. The extra weight also reduces the number of passengers or amount of freight that can be carried. The use of solar panels to make hydrogen as a fuel for airships would allow every port of call in the North to be an energy exporter, rather than an energy importer.

This solar panel, cold weather research project is only one small step towards solving the global problem of climate change, and the need to deliver goods to remote locations, but it is a start. It is our contention that zero-carbon emission airships are on the right side of history. One day, we are confident, everyone will agree.